Government agencies are the bedrock of FNIH partnerships. For two decades, the FNIH has worked with federal agencies to build powerful initiatives with the private sector that have changed the way researchers, regulators, doctors and patients understand and treat disease.

Congress chartered the FNIH to raise private funds to support the world’s largest biomedical research agency, the NIH. The FNIH leverages the know-how and resources of the private sector to work with the NIH to tackle complex biomedical challenges. In 2017, the FNIH, NIH, U.S. Food and Drug Administration (FDA) and 12 biopharmaceutical companies launched the historic $220 million Partnership for Accelerating Cancer Therapies (PACT) to better understand how to harness the immune system to attack cancer. Learn more at fnih.org/PACT.

“The FNIH makes it possible for the NIH, as a government facility, to work with the private sector to answer some of the world’s most pressing health questions. Through innovative research partnerships, the NIH and FNIH are able to fuel the biomedical discoveries needed for better diagnosis, prevention, treatment and cure of disease. Working with the FNIH is vital to the research enterprise.” – Francis Collins, M.D., Ph.D. DIRECTOR, NIH

The NIA, under the inspired leadership of Director Richard Hodes, M.D., has been one of the FNIH’s most significant and longstanding partners. Over the past decade, the NIA and the FNIH have developed new collaboration models, governance structures and data-sharing policies for such groundbreaking programs as the Alzheimer’s Disease Neuroimaging Initiative (ADNI) and the Accelerating Medicines Partnership (AMP). Dr. Hodes reflected on this partnership with the FNIH:

“The benefit of collaborations, scientific meetings and other support provided to NIH through the Foundation is not limited to the institute or institutes whose work is being facilitated. These efforts galvanize all partners in moving toward shared goals. We have seen this in several areas, most recently in the emergence of the new discipline of geroscience, where Foundation efforts have facilitated conferences that have helped develop new synergy between researchers in the basic biology of aging and scientists focused on specific diseases associated with advanced age, such as cancer and heart disease. This new approach has enhanced the recognition of aging as the critical risk factor underlying disease development in many cases and has fostered new connections among public and private sector scientists seeking to reduce disease risk and improve health for older people.”

The FDA, the U.S. regulatory agency for biomedical technologies, is a primary partner actively engaged in FNIH public-private consortia that formulate and lead cutting-edge research programs. 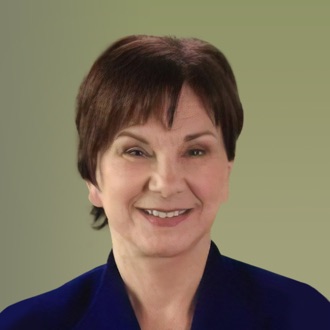 “The FNIH offers a great venue to bring together the NIH, FDA, academia and the pharmaceutical industry to conduct robust translational research that will enable more informative and better targeted medical product development.” – Janet Woodcock, M.D. DIRECTOR, CENTER FOR DRUG EVALUATION AND RESEARCH, FDA, AND EXECUTIVE COMMITTEE MEMBER OF THE FNIH BIOMARKERS CONSORTIUM