Not-for-profit and foundation partners have helped the FNIH orchestrate programs to develop preventive medicines, diagnostic tools and new therapies and to train the next generation of clinician-scientists. Often working closely with government and industry partners, these organizations keep patients top-of-mind — bringing their critical perspective to FNIH programs.

The McKnight Brain Research Foundation (MBRF)’s decade-long partnership with the FNIH has expanded understanding of how people think as they age, through co-sponsorship of the Research Partnership in Cognitive Aging and three Cognitive Aging Summits with the National Institute on Aging (NIA). 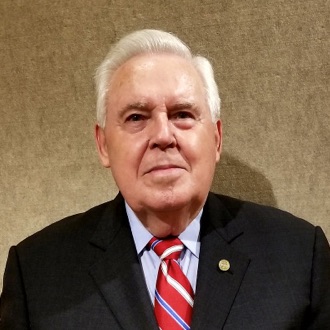 “This partnership has facilitated exploration of new avenues of potential research within the scientific community, which could lead to the development of pharmacological and behavioral interventions, and ultimately improved outcomes in cognitive health. A very important outcome has also been raising the level of awareness within the scientific community and among the public about the importance of this research and its tremendous value to society in preserving and maintaining cognitive health.” – J. Lee Dockery, M.D. CHAIR, BOARD OF TRUSTEES, MBRF

The FNIH supports training programs at the NIH that enable students interested in biomedicine to work closely with some of the world’s leading researchers. These programs are made possible with partners including the Amgen Foundation and the Doris Duke Charitable Foundation.

“By partnering with the FNIH — in addition to institutions such as Harvard, MIT and Cambridge — we are opening the door to ground-breaking research opportunities in biomedical research that continue to advance human health in untold ways. If your mission is to inspire and train the next generation in biomedical research — or to advance scientific breakthroughs into human health — the FNIH needs to be on your short list as an organization worth partnering with.” – Scott Heimlich, Ed.D. VICE PRESIDENT, AMGEN FOUNDATION

“Our partnership with the FNIH supports the Medical Research Scholars Program, which gives medical students a hands-on clinical research experience under the guidance of successful scientists. We are proud to support this program as an avenue for igniting in students a passion for research that can translate into a productive, lifelong career as a physician scientist.”– Betsy Myers, Ph.D. PROGRAM DIRECTOR FOR MEDICAL RESEARCH, DORIS DUKE CHARITABLE FOUNDATION

Addressing some of the world’s most pressing health challenges, including tuberculosis and malaria, requires the proficiency of indomitable scientists backed by excellent project management and stable financial support. For more than a decade, the Bill & Melinda Gates Foundation (Gates Foundation) has worked with the FNIH to develop strong ecosystems that underpin scientific discovery and foster creation of emerging technologies to provide novel solutions to fight disease. 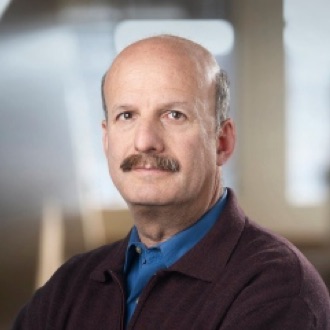 “The FNIH was chosen both because of its unique and integral relationship with the NIH and its uniquely qualified staff.” – Steven Buchsbaum, Ph.D. DEPUTY DIRECTOR, DISCOVERY & TRANSLATIONAL SCIENCES, GATES FOUNDATION

In 2017, among other key accomplishments, this work resulted in the publication of the Guiding Principles for Sponsors and Supporters of Gene Drive Research in Science. Considered an emerging technology, gene drive can be used to promote the preferential inheritance of a beneficial trait, thereby increasing its prevalence in a population. The developers and signatories of these guiding principles are committing to support research of the highest scientific and ethical quality, inspire a transparent approach and back relevant biosafety measures and best practices. Learn more about this work at fnih.org/GeneDrivePrinciples.

The Gates Foundation’s Steven Buchsbaum, Ph.D., reflected on the foundation’s longstanding partnership with the FNIH:

“The FNIH was, in the very early days of the Gates Foundation, a key partner that we chose to first begin investing in basic science for global health. That started with the original Grand Challenges in Global Health, which the FNIH was our key partner in formulating and executing.

Having had the opportunity to see projects evolve and mature over more than a decade, there are a number of them that were called for, selected, invested and nurtured either by the FNIH themselves or jointly with us that are incredibly promising in the sense that they are transformational new tools for global health. One example is the Eliminate Dengue project (now called the World Mosquito Program) and another is the Target Malaria initiative. But perhaps more than that, and harder to measure and directly attribute, is really just the change in the scientific community in the sense of the excitement, attention paid and amount of research that is done on health conditions that affect the majority of the population in the world, but particularly those that are poor and underserved.”